108 Translations: A Statement of Purpose •「108部世界名著藏譯本」介紹 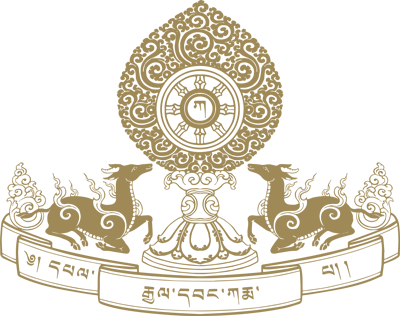 Scroll down for English and Chinese 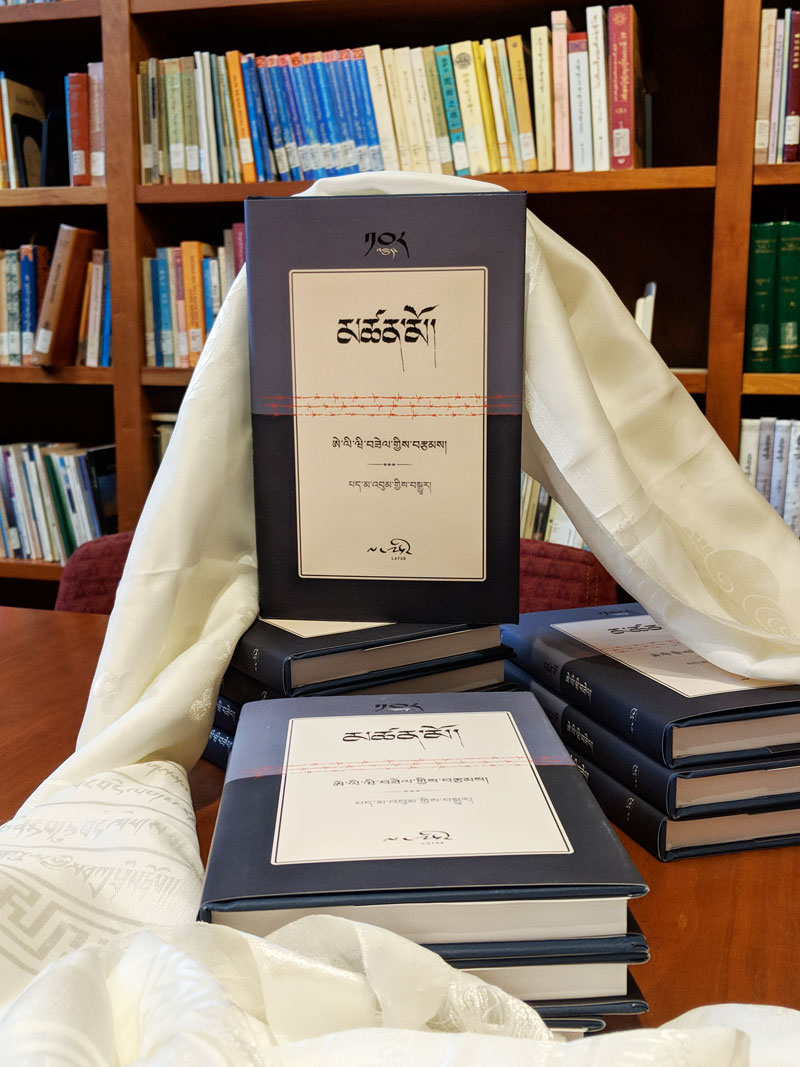 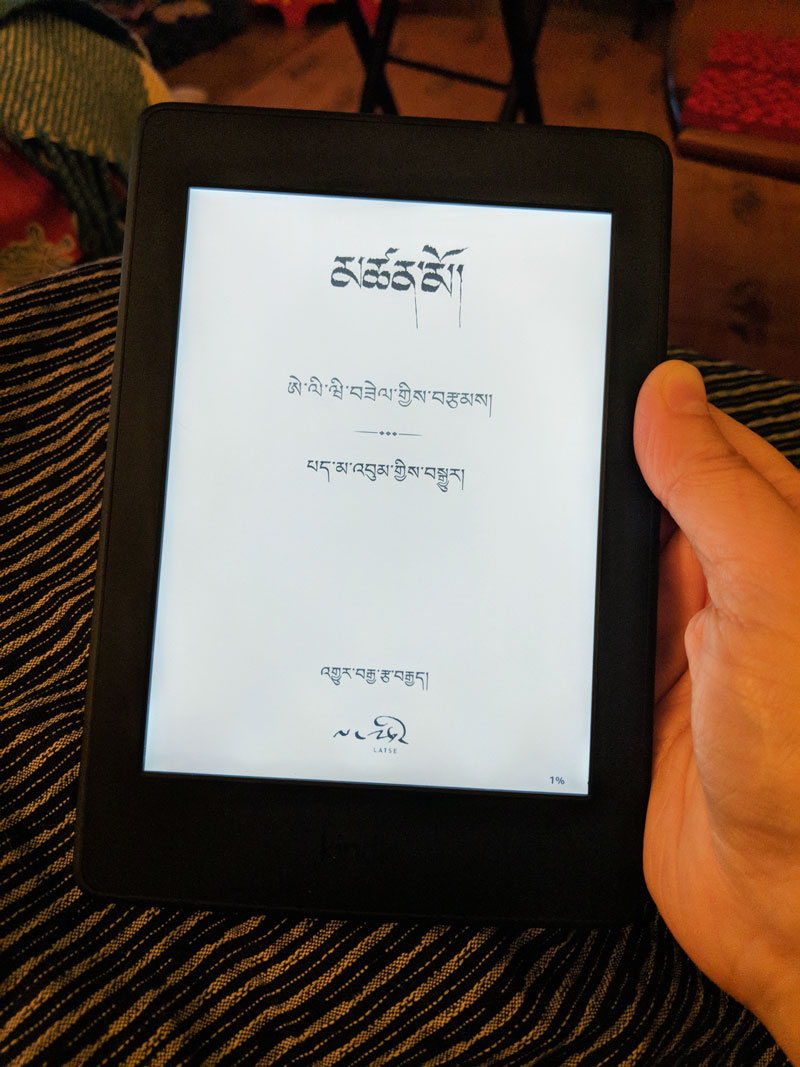 In 2015, at my request, a group of American-based translators who had translated or were translating English literature into Tibetan gathered in the Latse Library. Over the course of an entire day, we discussed, among other topics, how many works have already been translated from English into Tibetan, the general situation for publishing and reading them, what works the translators at the meeting had translated or were translating, the difficulties they encountered when translating, and the methods they used to overcome those difficulties. We realized that over and above this meeting, it would be beneficial to embark upon a translation project with a protocol, plan, and program. Accordingly, in the following year we began the project 108 Translations. Now that we are publishing and distributing Tibetan translations in ebook format, I felt a wish to say a few words about the aims of this program.

If we look back at translations into Tibetan up to the present, their primary aim has been to introduce an idea, view, or style of writing found in the original language but not in our own. Instead of focusing on readers in our own society with an average educational level, we have worked to translate famous works that match the interests of a small group of well-educated readers. If there were a plethora of good reading materials for average readers available in Tibetan and this were a time when there was no concern about our language going extinct, we certainly might embrace such an aim and choose to translate a few famous works with the highest views, the newest ideas, and the most distinctive style. But we have come to the point when we need to take responsibility for the survival of our language, and we are in a situation where there is very little reading material that matches the interests of the ordinary reader. For these two reasons, I think we need to reexamine our previous aims in translation.

Reinvigorating a language must be accomplished in dependence upon the entire community of its users. It cannot be accomplished merely by focusing only on a small group of educated people and introducing some high view, new idea, or innovative style. The vitality of a language is manifested by the four types of usage—the two verbal forms of speaking and listening, and the two written forms of writing and reading. A large number of people in a society who read in their own language is a natural expression of the vitality of that language. It is not sufficient if those readers only include the educated; a large number of readers in that linguistic community must be included. In order for that to occur, there must be a variety of things to read that match the interests of the readers in that society, whether written in their own language originally or translated from another. Not only is this an indispensable condition for reinvigorating a language; it is also an indispensable condition for raising the educational standard within the entire community.

For such reasons, the aim of the 108 Translations project is to produce a needed body of reading material that can promote the reinvigoration of our language, in place of the former aim of introducing new ideas, views, or styles not previously available in our language to a small group of educated people. Though it must match the interests of ordinary readers, it should not include base topics or harmful ideas. Even if it is well-known literature, it must be easy for many readers to read and understand.

Translations of famous literary works that have a low readership are examples of unsuccessful translations. In order to avoid such situations, when we first choose works to translate in our translation program, we do not only consider how well known the works are. We also examine how they have sold, how many other languages they have been translated into, and so forth. We have chosen not to translate works with low sales even if they are renowned.

In order to reduce the loss of the original’s flavor, we wish to increase the number of translations done directly from their original languages, primarily English. However, up to now, the only languages we Tibetans are well-versed in are Chinese, Hindi, and English. In our current program, we are translating works from these three languages, primarily English. We hope that in the future translators who work from other languages will enter our program.

In addition to not losing the meaning and feeling of the original, the translations must be easy to understand and pronounce in Tibetan. This is an aim of all translation projects, and it is also an aim of ours. In order to do this, once a translation has reached that standard of capturing the meaning and feeling of the original, we begin the final stage of editing. At this point, someone skilled in Tibetan grammar copy edits the grammar and spelling—not changing any aspect of the feeling and meaning of the original—with the aim of making it easier for ordinary Tibetan readers to read and understand.

One common difficulty many translation projects encounter is that many new terms are needed but there is no standard translation for them. Although there are several bilingual Tibetan-English dictionaries these days, the difficulty is that they have not kept pace with new words and do not use the same, standard terminology. There is no way for 108 Translations to avoid this difficulty. Even if this project cannot create standard translations of new words, it is certain that it will enrich our vocabulary, and we believe that many of them will become standard Tibetan terms in the future.

The organizing committee of this program has established a standard system of transliterating English place names, people’s names, and other terms that need to be transliterated. This will be used as the standard for all the works that have been or will be translated for this program from now on so that place names, people’s names, and other transliterated words will always be the same. We hope that this will provide a helpful service toward a standard system of transliterating foreign—primarily English—names of places and people in the Tibetan script, used both within Tibet and abroad.

The translators of 108 Translations include translators over the age of sixty, replete with education and experience, as well as young people in their twenties and thirties who have grown up with excellent facilities for studying multiple languages. There are still translators in Tibet and several in India, America, and other countries. They include men and women. There has never before been a program like this with translators of such diverse ages, countries of residence, and genders. My hope is that even more translators can join this translation project and that it will not be the project of just one particular committee but of all translators who live in Tibet and abroad. I also pray that this common project of ours can become a favorable condition that will reinvigorate the Tibetan language.

At the conclusion of this foreword, I feel a strong wish to thank and congratulate everyone connected to this project for their excellent work—Pema Bhum, Kristina Dy-Liacco, Tenzin Gelek, and Gedun Rabsal of the 108 Translations Management Team for their enthusiasm and responsibility; the translators for their hard work and effort; and the people of Dharma Treasure for their support. Without them, this project would certainly be like a rainbow in the summer—bright and colorful but devoid of any essence, so I would like to take this opportunity to express a hundred thanks to all of them.

This website uses cookies to improve your experience while you navigate through the website. Out of these cookies, the cookies that are categorized as necessary are stored on your browser as they are essential for the working of basic functionalities of the website. We also use third-party cookies that help us analyze and understand how you use this website. These cookies will be stored in your browser only with your consent. You also have the option to opt-out of these cookies. But opting out of some of these cookies may have an effect on your browsing experience.
Necessary Always Enabled
Necessary cookies are absolutely essential for the website to function properly. This category only includes cookies that ensures basic functionalities and security features of the website. These cookies do not store any personal information.
Non-necessary
Any cookies that may not be particularly necessary for the website to function and is used specifically to collect user personal data via analytics, ads, other embedded contents are termed as non-necessary cookies. It is mandatory to procure user consent prior to running these cookies on your website.
SAVE & ACCEPT