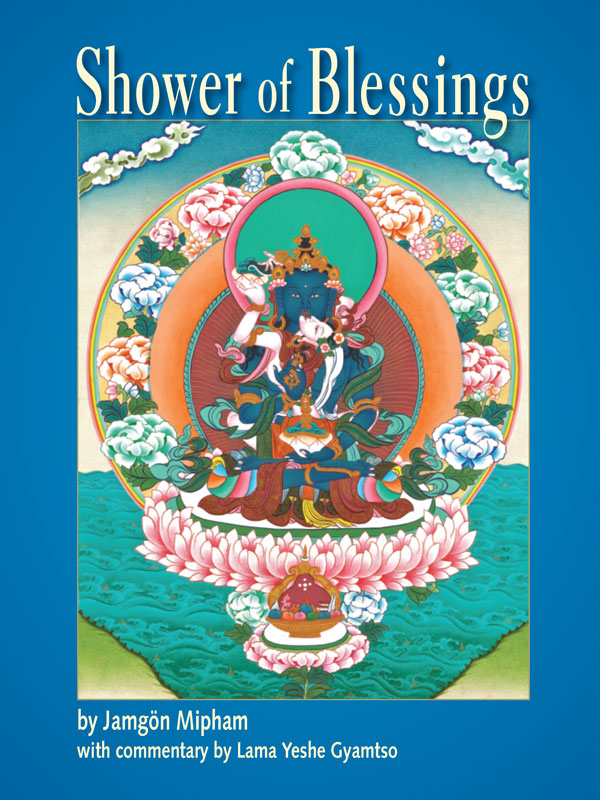 Based on a seminar he gave at Karma Triyana Dharmachakra, Lama Yeshe Gyamtso’s commentary explains the meaning and practice of Shower of Blessings: A Guruyoga Based on the Seven-Line Prayer, composed by Jamgön Mipham (1846-1912) and connected with Guru Rinpoche, Guru Padmasambhava, also called Padmakara.

Published in print by KTD Publications in 2015 the book features the root text and explanations. The whole practice text of the guruyoga with tsok offering in pecha format is also published as a separate ebook in the link shown above.

Shower of Blessings
The Teaching

Shower of Blessings
The Liturgy